This post is long overdue*. I have been working more days on 9-1-1 then ALL of my other television work combined. I’m incredibly grateful for that, but after I get home, my mind is spent, and I typically pass out within minutes of entering the front door. Usually on the floor or the couch. Heck, even one time, I fell asleep while brushing my teeth, and I didn’t get a single drop of toothpaste on me!

First off, here are some before and after photos of my journey. I didn’t want to post the “before” photo upfront because I didn’t want to lead you readers astray if my physical appearance didn’t change. Whole30 ISN’T about losing weight, it’s about feeling better and resetting your body’s ability to process food. I feel a million times better now, no matter what I look like on this end. And while the difference isn’t as drastic as some people have experienced, you must remember that I ate largely similar to how the Whole30 experience suggested. 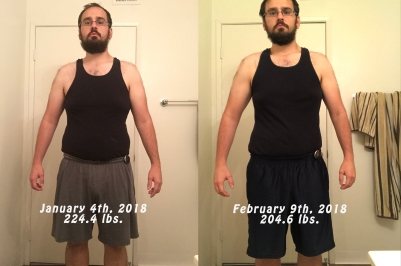 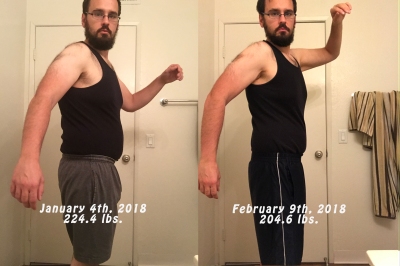 I’ve slimmed down my stomach and leg areas, my chest is more muscle than fat, and my shoulders now sit more comfortably after Whole30. 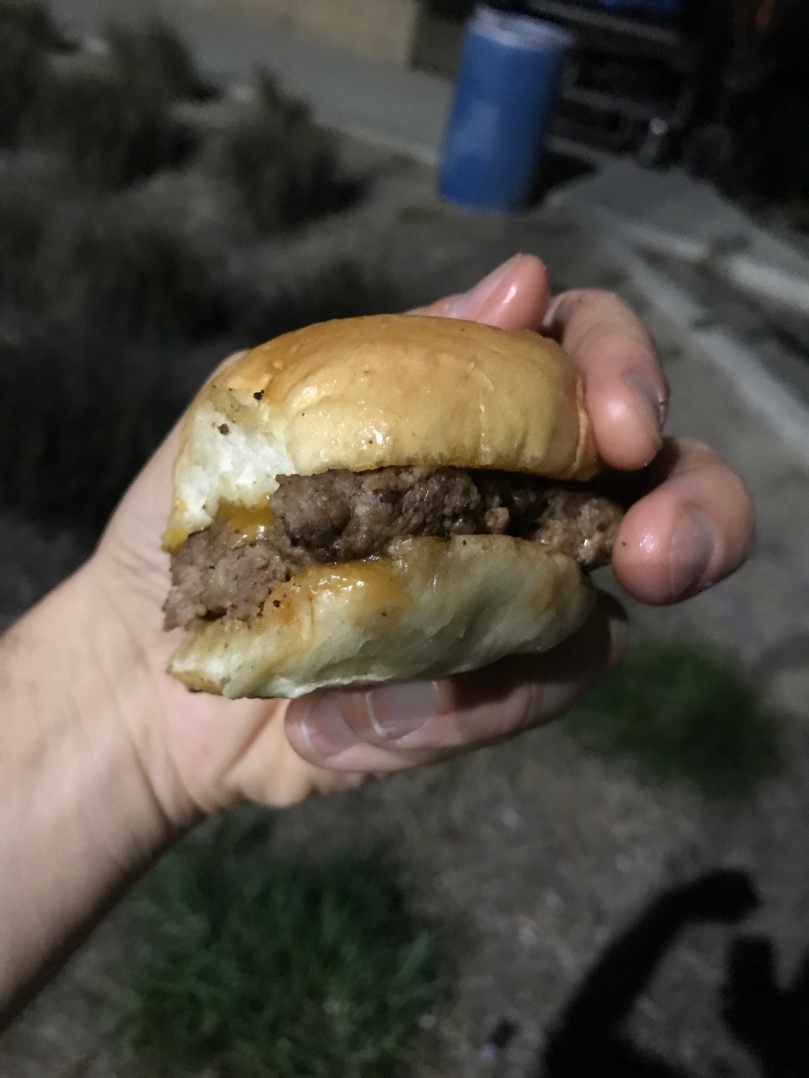 The first thing I had when on the other side of Day Thirty was a hamburger slider. I was apprehensive about the carbohydrates being the biggest culprit of my intestinal issues. Minutes after I finished the slider, my stomach felt as though it had housed a knot, and my sinuses inflamed. And finally, my knee joints ached all of a sudden. So, it turned out, carbs were the enemy. You were right, Fat Bastard.

The next foodstuff I carefully tested was dairy. I had some milk in my coffee, and the first thing I realized is that milk tasted spoiled to me; it was disgusting. Then, my stomach twisted into knots. I tried it again a few days later, and while the taste remained the same, it didn’t give me any issue. Although, I did have some cheese in the morning once, and my stomach nearly resumed its acid reflux. Thankfully, the urge subsided before the juices started to flow.

I also ate some peas as an addition to my homemade “sloppy joes,” and had no issues there. WHEW! I love those little things.

Then, I remembered the three dark chocolate bars (71% or higher) in the back of my fridge. They had sat there, untouched for over a month. I popped one open and took a bite. The dark chocolate route was a smart move due to its lower sugar and dairy content. The only issue with that is I immediately consumed half of the bar in one sitting.

Aside from feeling a little overstuffed, the dark chocolate splurge didn’t bug my tummy at all. Yeah, I said “tummy,” but there are only so many synonyms for “stomach.” I’ll use my other ones soon, you’ll see.

After my near cocoa overdose, I decided my next test would be a lighter one, but with more of an emphasis on sugar. So, on the next day, I had a chocolate chip cookie.

Yuck. I didn’t really care for it. I had the same inflammation behind my eyes, and this time, my stomach fluttered. It felt like my heart skipped a beat but in my abdomen. I’m not sure what the hell that was about.

But the one thing that worried me the most was my ability to withstand alcohol. I don’t get drunk often (and I don’t need to), but I do enjoy the occasional IPA from time to time. I tried wine first, as suggested by the Whole30 book, as it was plant-based alcohol, and wouldn’t confuse grain as a potential issue.

I bought a bottle of Apothic Red, that my friend got me into, and I ended up having a clean buzz…

…then going overboard, and drinking three-fourths of the bottle. I was too drunk, and I had to work in the morning. Luckily, I awoke refreshed and without inflammation; only sluggish. That last bit’s to be expected when drinking that much after thirty-six days sober. Man, that makes me sound like an alcoholic.

Another – unexpected – side effect of the Whole30 diet is that my skin’s complexion improved. Yes, I know that the book details that as a benefit, but I didn’t think of it much until many days after the month was complete, someone had mentioned how my skin quality did indeed improve.

In summation, after the ten-day re-introductory period, I realized that dairy isn’t my thing anymore, empty carbohydrates hurt, and my cravings for sweets had been mostly extinguished.

I do have one extra piece of information I would like to share: after I got off of the diet and had some of my old foods, my energy again dipped to less than ideal levels. I had gone on this diet to hopefully expel these draining spells. It turns out that eating bad foods causes undesirable effects on the body.

Who knew? Oh, Melissa and Dallas Hartwig did.

If you have any questions about my personal journey through the Whole30, or about the process, I’d be happy to have a conversation in the comments below.

*Long overdue considering my 30 days ended on February 8th and by the time you read this, it will be eighteen days later.