This sums up Day Eight perfectly:

The temptations were fierce, and I couldn’t get next to all of that tasty food.

I began the morning by eating a pear and a banana on the way to work. Then, I got my breakfast from the fine folks at Limelight Catering. I had one boiled egg, some bacon, fresh potatoes, watermelon, honeydew, cantaloupe, and a Starbucks coffee courtesy of our 2nd 2nd AD, Anderson.

Later, I found the veggies platter, which gave me the gift of celery, cherry tomatoes, carrots, broccoli, cucumbers, grapes, and another Starbucks coffee with almond milk.

I HAD to eat these vegetables because there was an assortment of various sliders from beef, to vegetable, to buffalo chicken. I’ve had those before, and the memory made it increasingly harder to resist. So, I thank this bowl of nourishment to stave off a slip for the few more hours until lunch. 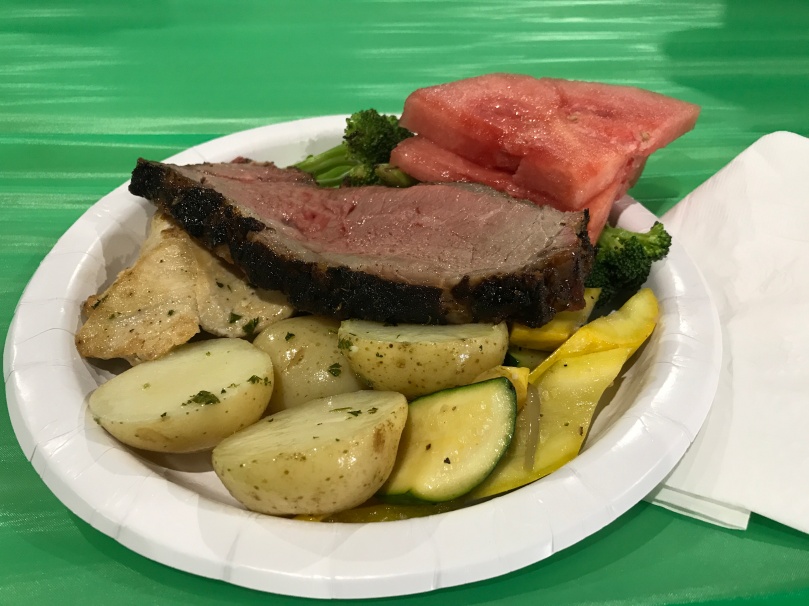 Then, when we wrapped, I headed home with another coffee, ate two portions of the Shepard’s Pie for dinner, and went to a last-minute movie with Alex. We went to see Jumanji: Welcome to the Jungle. It was bafflingly fun and not all that bad! Yeah, that surprised me too!

There’s my short post! I’m posting the next day (still one behind) right after this!