With all of my “Farewell Tour” included, today was my tenth and final day of travel, journeying from Bangor, Maine (via Fort Kent) alllll the way to Los Angeles (well, Whittier for the night).

I awoke early in beautiful Flagstaff, AZ. These hour-shifts were really starting to mess with me. I was tired, but needed to get going, so I showered and off to breakfast I went. I couldn’t get over the beauty of this room.

And I could finally see the view. 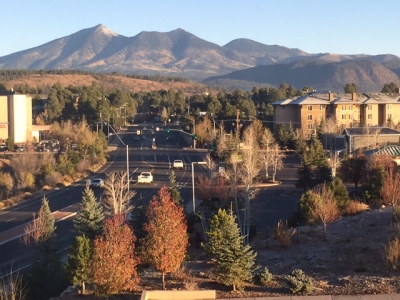 I walked downstairs and perused the buffet. There was another waffle machine like the one in Oklahoma, except it was for one normal-sized waffle at a time, but people were using it. Oh well, I don’t need one anyway.

No wait, they were asking people if it was theirs because they wanted to make one; no one claimed it. I began down the buffet line, scooping some eggs, home fries, fruit, bacon, and set them down at my table. Then I when I grabbed some coffee, those people were still asking whose waffle was in the waffler.

“Sure, have at it. We hate wasting food as well.” So I ended up with a waffle on top of my overall meal.

I went upstairs to finish the post for Day 9, but was having some issues with the e-mail attachments (I e-mail all of my media to myself). I booked an Airbnb in Whittier, CA, and mapped my course. It would take about seven hours, so I planned on leaving around ten.

But since I barely wrote anything last night, and with this e-mail issue, the post took longer than usual, and I ended leaving at a quarter to noon. I wasn’t a fan of that. As I checked out, I got severely dizzy. It had been a couple of hours since I ate, but it wasn’t that. It was as though my blood sugar dropped like a rock.

I got in the car, and planned on getting some bananas and a new gallon of water for the road at the nearby Wal-Mart. I went in and it was just as I feared: It wasn’t a grocery-friendly store. Dammit, I needed something or I was going to faint.

I bought two bottles of Aquafina just to have something to drink, but still needed some sort of food to rebound my sugar. I wasn’t nearly hungry, but Wal-Mart had a Subway built into their store, so I went to get a sandwich. I told myself, “six-inch, six-inch, six-inch.” But instead, I got a foot long, and it was meatballs.

Bad move. I got a full meal, then proceeded to eat the entire sandwich. I felt terrible for a few reasons now. But at least my blood sugar issue was resolved, and once my indigestion subsided, I was sound as a pound.

Once I got onto I-40, the trip was nearly exclusively this freeway. So I spent my next few hours taking in the view of western Arizona and California.

Then came the mountains. 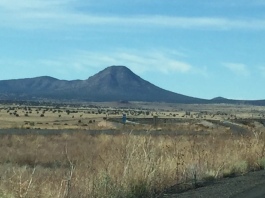 Before too long, I hit another MILEstone.

That’s right, I drove three-thousand miles. Wow, it used to take me over three months to drive this in Maine.

The views kept on coming. 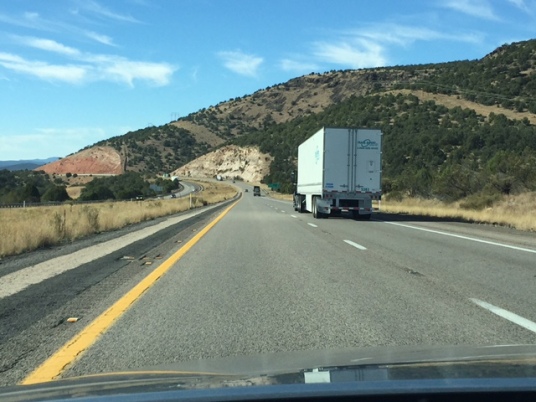 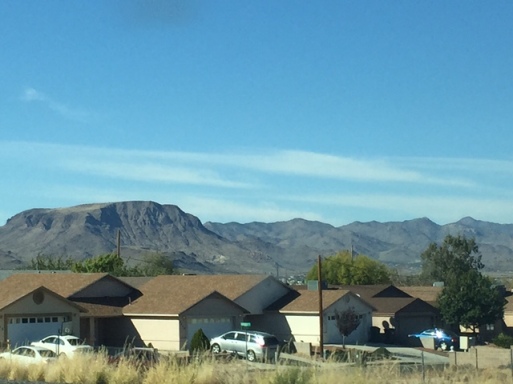 Then, I found the most beautiful stretch of highway. We serpentined through mountainous areas and large chasms.

I couldn’t get any media of the really breathtaking parts, as I had to ensure safe travel around every curve.

Then I came across a train again, matching my speed. I felt like Pixar came to this part of the country to get their visuals down for the opening of Toy Story 3.

And I couldn’t do that justice while driving either. 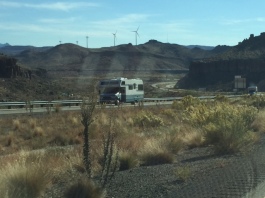 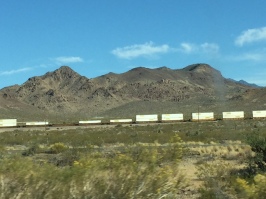 Then finally, after almost ten days of traveling this long, great nation, I reached my destination State:

The views kept on coming… And if you can’t tell, I’m going to let the images speak for themselves. 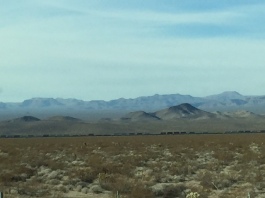 Terrible framing, but those mountains!!

Then, I came upon some construction. Sure, I had experienced some here and there while venturing across the U.S., but this was frustrating.

This area features a lot of small valleys over which they’d built bridges, but when this road work began, every one of them were being rebuilt at the same time. And there were at least half a dozen. So we detoured onto the other side of the highway until we crossed the East side bridge, but these deviations made me miss the nearby Rest Area.

There wouldn’t be another stop, let alone a rest area for another fifty miles. SO I kept myself preoccupied with more stunning views.

But it wasn’t working anymore. Luckily, when I was on the brink of pissing in a bottle, I found a gas station and Dairy Queen combo at which to relive myself. That one hurt.

Then I continued on and enjoyed more sights.

Soon, it was getting dark (around five o’clock! Thanks Daylight Savings Time! I’m going back to Arizona, where they don’t believe in you!!), and the highway straightaway was coming into focus. 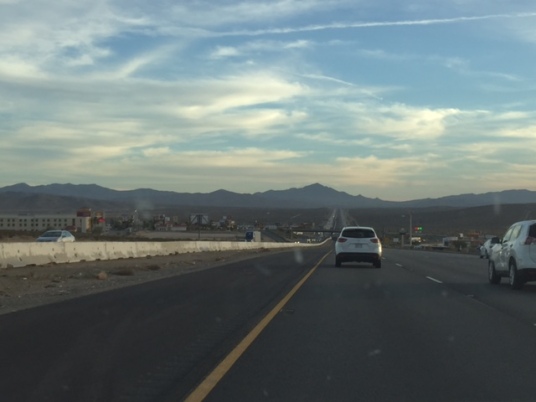 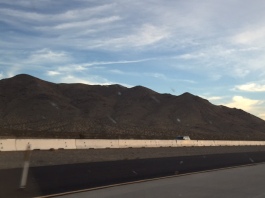 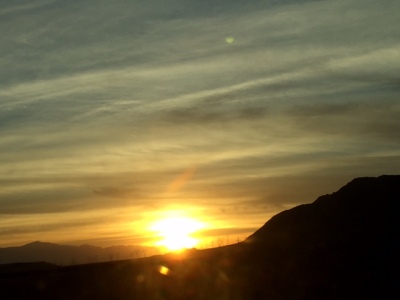 Then, the traffic grew during the Sunday evening rush hour. It delayed my arrival by at least half an hour. I messaged the owner of the Airbnb to make him aware of the new check-in time. He was cool with it.

The photos of traveling stop here as I needed to pay attention to the roads around me. Then, I arrived in beautiful downtown Whittier and went to the Airbnb. 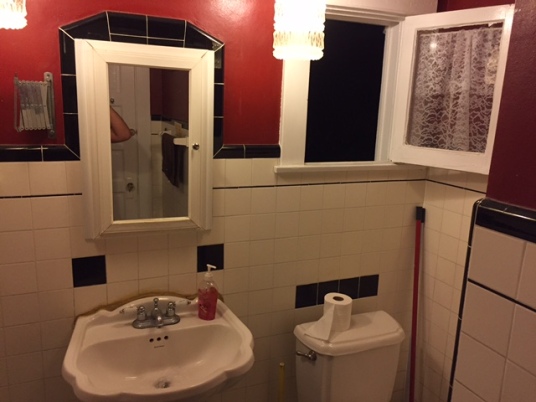 This is what I saw if my room door was open when coming out of the bathroom. I nearly had a heart attack.

Then after catching up with some Facebook stuff, I went walking around.

There was a local theater, so I took in some “comfort food” and ended up watching Doctor Strange again.

They closed the curtain by accident.

After the movie, I walked the half mile trek back to the Airbnb.

This place was cool. This guy, the owner, has lots of Titanic memorabilia and this:

He also was professional with his lodging and very courteous; what a phenomenal first Airbnb experience.

I crashed once again, then awoke to the beautiful sunshine. I had to move my car, so the city could do their street-sweeping.

Then, I made a coffee and stepped onto the balcony to write this very post.

Thank you all for following me on this journey. It’s been great hearing from all of you, and as much as I’m not a fan of sharing my life in this detail, I certainly started to enjoy it.

I’ll post more exciting things as they happen in One-Offs, but this is the end of “The Wayward Traveler Chronicles.” Until next time, follow My Cancer Story, the podcast: Not Quite Hollywood, my tardy #52PickUp, and our YouTube show: We Need Movies.

Thanks for tuning in as I made my way traveling across the United States!