Day Five began a little earlier than yesterday. I woke up at 9 instead of 10:30. Immediately, I began to play with Connor, spending this extra day in Connecticut by enjoying every moment with all of the kids.

After we “walked” Connor, I finished Day 4‘s post, while eating breakfast: a blueberry bagel and a coffee, then we got ready and headed to pick up a few things for lunch and dinner. I’d been eating like a fatass, so I decided to grab some vegetables and made myself a salad.

My sister’s the superintendent of Sunday school at their church, so first we had to make a stop at the church to tidy up a bit. My job was to keep Connor company. 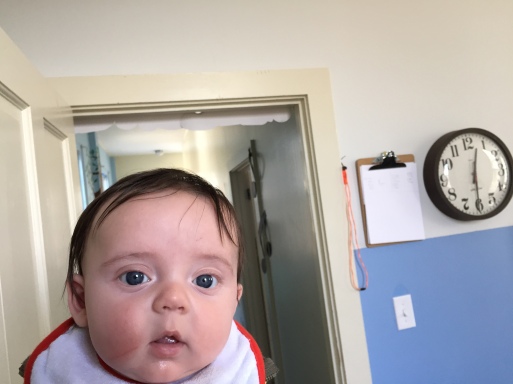 He loves having his picture taken.

Kylie was telling me of how the kids were remodeling the look of the paint on the walls. Then, she spoke of their plans to reorganize things. 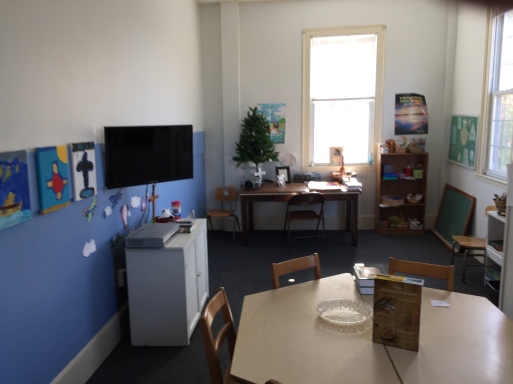 Check out this mural! So cool.

Finally we headed to Adam’s IGA. Here we bought some Boar’s Head Turkey (yum), tomatoes, and stuff for our Tangy Ranch Chicken for tonight. We were trying to have the family try something new without them knowing it. How did it go, you ask? Keep reading.

Once we got back, we had another low key sort of day.

I messed around with Connor some more. He turned four months old today. 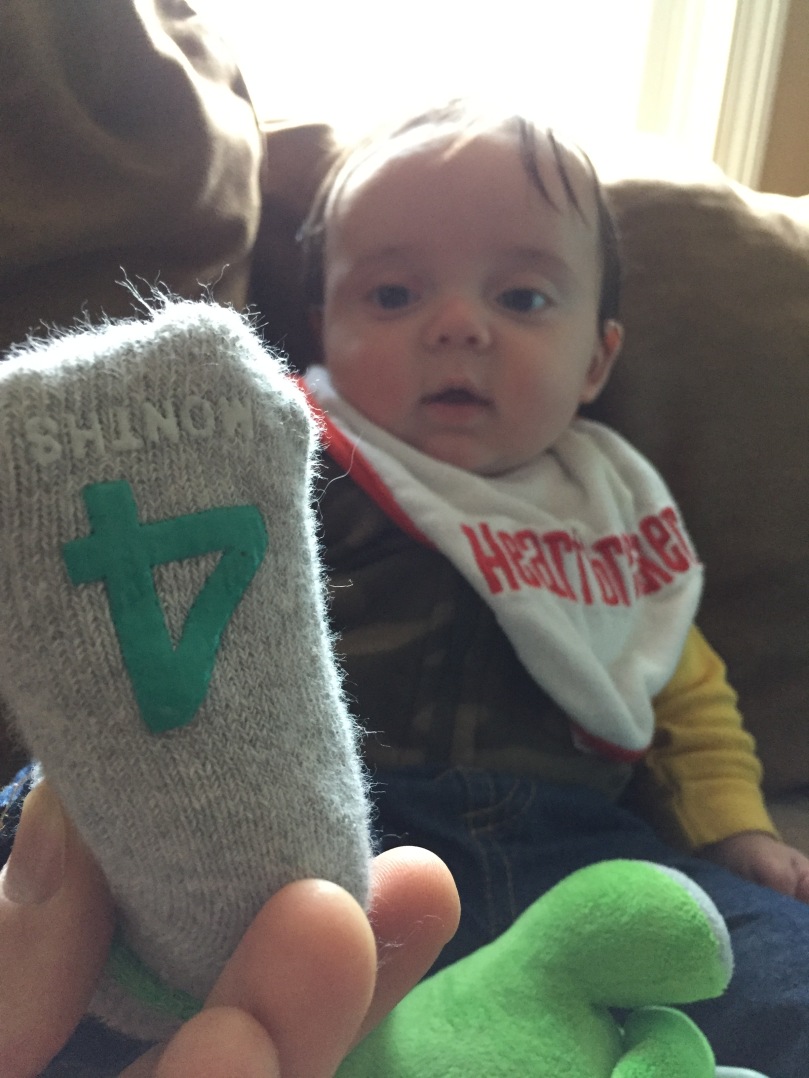 Then, I noticed he was looking at my cold water glass and decided to put it to his face. He opened his mouth and put his tongue out, so I obliged him and pressed the glass gently to his lips.

After the kids got home, I got antsy and decided that I needed some sort of physical exertion and set out to rake all of the leaves in front of the house.

But I didn’t want to just to pick them up… I wanted to have some fun with this amassment of leaves. As I raked the leaves Kam and David were jumping his RC car on a makeshift ramp, so I asked Kam if we could jump it into the pile of leaves. “Heck yeah!”

I decided to shoot it in slow motion.

Until I tried to get a closer look:

After this, the three of us scooped up the leaves into large trash bags, then we went inside for dinner. Kylie had already begun, and I finished as she went to pick up Madison from Dance class.

Once supper was all ready to eat, some of the consumers weren’t too thrilled… We overcooked the chicken, and Madison wasn’t a fan of the Tangy Ranch Chicken because of its partial mustard composition. Oh well, more for me! For side dishes we had rice, potatoes, corn, and broccoli. It was a great home cooked meal that I hadn’t had in a while.

Then we had the luxury of relaxing for the evening. I tried to get the newest #52PickUp finished (coming soon), and Kam and David played some games. Then I finished off the Long Trial IPA, and watched the newest Agents of S.H.I.E.L.D. live for once. Catching up with television is hard! I’d rather be writing.

Man, right about now, I feel like a fifteen-year old girl writing in her diary. “And Jesse told me that Aaron skipped class today! LOL! ROFL! TMI!”