Day Four of the trip, and Day Two in Connecticut, I awoke way too late. Kylie and Connor had been up for five hours and she was ready to grocery shop.

Off we went to the WALMART NEIGHBORHOOD GROCERY?! That’s a thing? Yes, Wal-Mart had some stores where it was identical to a Hannaford or Stop and Shop; no department store items, just grocery.

AND I FORGOT to take a picture. Again.

Once we were done there, we went for lunch at Moe’s Southwest Grill.They have a special Mondays where any size burrito came with chips and salsa for $5.99. The “Homewrecker,” their large burrito, was normally $8.49 on its own. Therefore, we were thoroughly stuffed (for less).

I wish Verve had this deal in Maine, because I happened to go there every Monday anyway.

After nearly vomiting our lunches, we headed back home, and there was an expected toy for Connor, a chair with all of these accouterments surrounding him.

But during assembly, we noticed that the kit didn’t come with the four screws it needed. Kylie said this happens to her all the time; if she needs to assemble something, there is always a piece missing. Luckily, we found two in the house and made it work.

As we waited for the kids, I quickly tried finishing Day 3, and got some quality time with Connor. 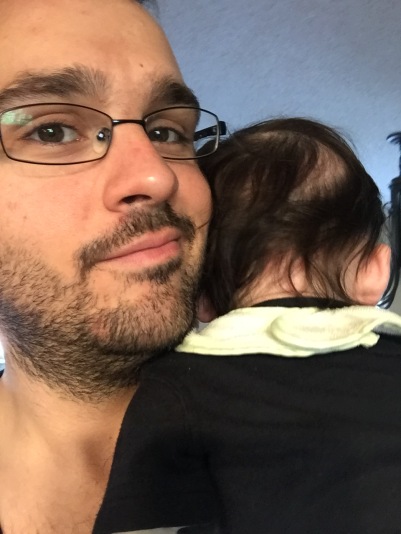 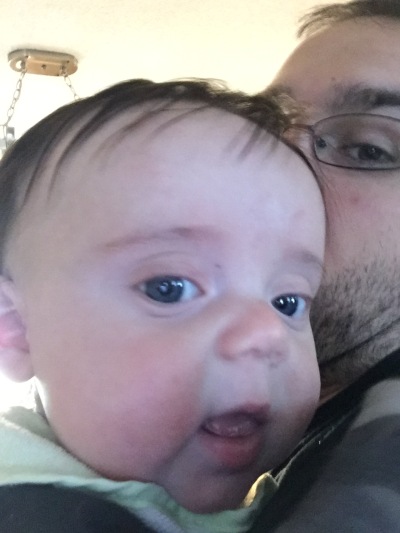 Connor’s side. He loves seeing himself on camera.

This kid was really wanting me to stay. Plus, I didn’t get to see much of Madison and Kameron… Hmm.

Then when the kids got home, preparations began for Halloween 2016! Madison ran next door to get her neighbor, David’s zombie makeup applied, and Kam finally got to show me his insanely fast RC car!

I love this kid.

I was told all day that Halloween on the lake was the second biggest night of the year (besides the Fourth of July), and that it was going to be epic.

Kevin came home early and brought his golf cart from the campground so we could cart around the kids for Trick or Treating. And they decided to build a campfire. Oooh yeah. I love me some campfires.

I made sure Kylie and I had some beer for when the trick or treating was over, and Connor was asleep. 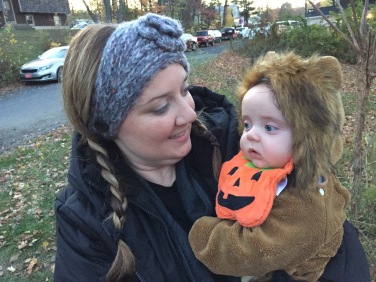 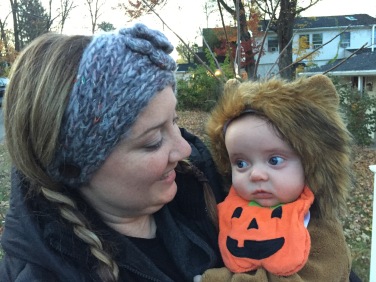 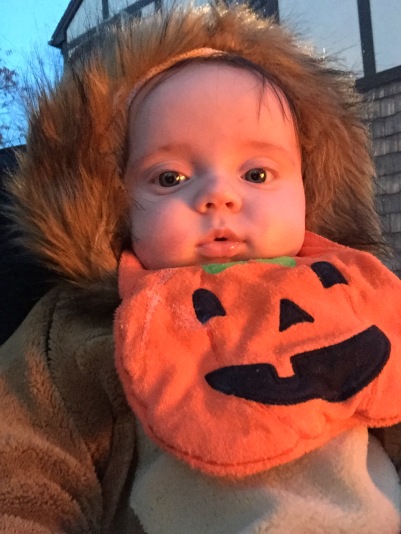 Kevin and Kylie kept saying “any minute now, this place is going to be crazy. The streets were silent; nothing but a cold breeze and a few cars. Then the trick or treating began with the kids.

Kevin and I hopped into the front of the golf cart, and the kids on the back. There were some seriously awesome decorations, especially the Jason house.

This is a great movie. 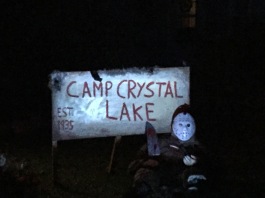 Then I looked at the real lake. I love the sky on the lake; always have. 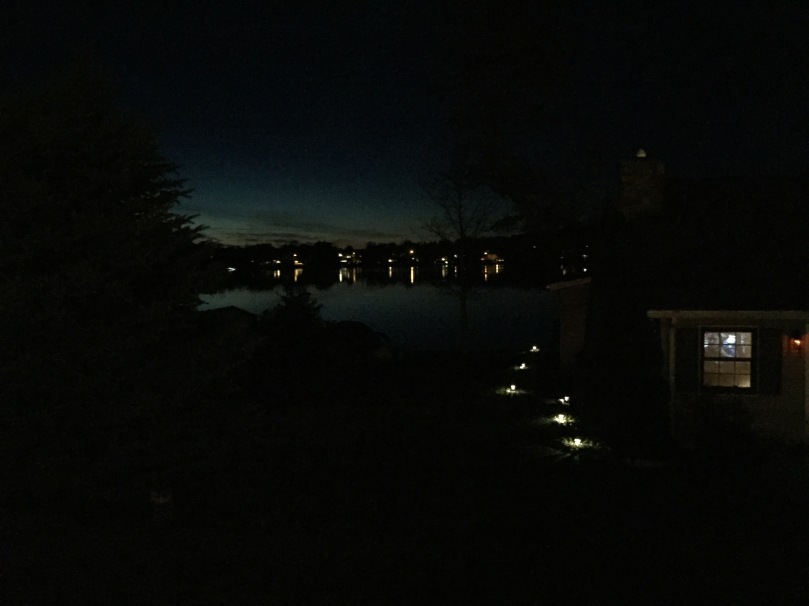 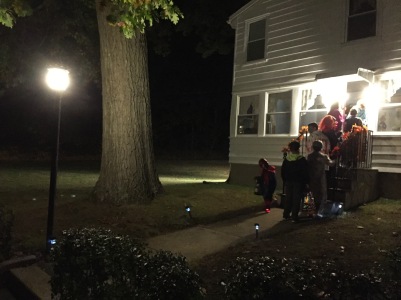 This looked like it was ripped straight out of the movie, Halloween.

It was freezing around the lake; felt like 30 degrees tops. I’d get out and walk around from time to time so that my toes wouldn’t get numb. Kevin was blasting music from his bluetooth speaker as we drove by two types of people: parents who were jealous of the golf cart, or those who complimented Kevin’s ingenuity for its use.

I was debating on whether or not I’d stay longer in Connecticut with Kevin. They both said I could stay as long as I want. On one hand, I would love to spend much more time with the family considering I currently don’t have any obligations: no job, no place to call home (yet). But on the other, I would like to get going because it’s a long trip, and I’m eager to get situated. As we looped around the lake, I contemplated further…

Some houses on the trip had fog machines, so it made for a killer picture.

Finally, I ran ahead to give Kylie a break with Connor, and sat around the campfire, warming my bones.

The rest returned and I made sure to snap a photo of them all in costume.

The rest of the night Kam, David, and I played some video games, then I watched some more shows of which I was behind. Man, I really need to write the newest chapter of My Cancer Story, and finish episode 33 of Not Quite Hollywood…

Right before bed, I decided that I would stay a third day in Connecticut to see my family. Kam cheered, and I knew I made the right decision. Who knows when I’ll see them again? A year? Two? Connor will be a whole different person then!

I woke up earlier today, 9:30AM. I played with Connor, we were taking turns “walking him” to one another.