Well, here we go again. I’m back reviewing older films regarded in some circles as “classics” – only now – I’m watching films that I have never before seen. That’s right, all of these films I’ll be viewing in 2020 are completely new to me. Some of these guilty omissions will surprise you.

The goal of this experiment is to determine whether or not these films stand the test of time while also matching my preconceived notions regarding their plot. Time shifts memories of things, especially when I had only watched a trailer a few times as a kid.

So sit back, grab your favorite beverage, and welcome to…

I had seen The Rock on the shelves of my local Video Market video rental store in Fort Kent, Maine nearly every single time we rented movies after its Home Video release in December of 1996– and that was three to four times a week, mind you. I remember the box art well: the now cliché floating heads of Nicolas Cage, Sean Connery, and Ed Harris over Alcatraz.

I don’t remember the gun, though. That’s original.

Chemical virtuoso, Stanley Goodspeed (Cage, always with the best character names) winds up helping the Military after General Hummel (Ed Harris) goes rogue in an effort to acquire reparations for fallen soldiers’ families as he feels their treatment post-death was unethical. He threatens to drop warheads equipped with biochemical toxins over San Francisco city blocks, all to get this money. To sweeten the deal and prevent retaliation, Hummel holds several dozen hostages as leverage.

The military reluctantly recruits lifelong prisoner, John Mason (Sean Connery) — who famously broke out of Alcatraz — to help them break back INTO the famed prison now-turned tourist attraction.

What I Thought the Plot Was:

Except that based on what I remembered from the trailer and the poster, I thought that the three leads were breaking out of prison… together. The brain is a weird muscle.

The outfits and guns should have given it away…

Does It Hold Up?

I’ll be looking into these films to see if they date themselves in bigotry, bad story, special effects and so much more.

Surprisingly, in terms of cultural standards today, The Rock doesn’t offend nearly as much as I would think. In fact, I’d say the most offensive thing about the film is Michael Bay’s growing pains as a director. To be fair, it was the first feature film of his career. There were a lot of overtly shaky shots to “enhance” the action, ZOOM pulls from a cigar in Hummel’s mouth, and lots of unnecessary movement and editing. But hey, he was coming off the music video world and many of those tropes would shake off or evolve as his filmography continued.

At least his iconic overhead shot started out properly.

Let’s face it: Nicolas Cage will always be the Joker of the cast, no matter if he’s playing a serious role or not. Hmm, well, maybe he’ll show up in one of those roles down the line this year in 52PickUp. 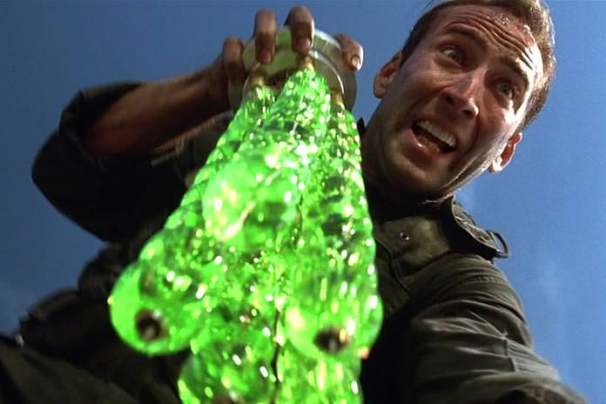 There you have it! The Rock was a cheesy and over-the-top action ride from minute one. It’s one of those movies I would have watched with my Dad as a kid on USA Network or TNT on a rainy Sunday afternoon, and so, it was surprising that I had never done such a thing.

What are your thoughts on The Rock? Did you grow up watching Michael Bay’s first film or were you like me and this flew past your radar? Comment below and let’s discuss! 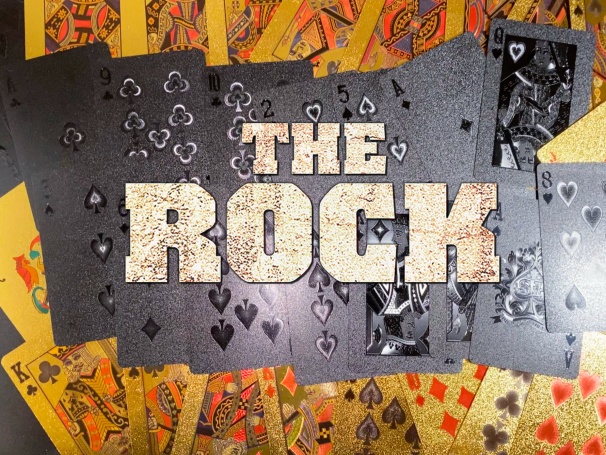