My second Christmas “classic” of the #52PickUp is a little known film called:

Home Alone is the 1990 movie we all loved and soon forgot, as its greatness wained when the sequels kept coming. Now don’t get me wrong, Home Alone 2: Lost in New York is great, but then they had…

Now, granted the third one was cool for a few reasons. The mom in it was an actress named Havilland Morris, known for her role in Sixteen Candles and a recent viewing reminded me of also:

I was quite fond of her as a kid… in Gremlins 2: The New Batch

Home Alone 3 also featured a super early role of one of my other film crushes; Scarlett Johansson.

But the first film is what started it all. Written by the Master of the 80s, John Hughes, and Directed by the guy who would eventually direct the first two kiddie Harry Potter films, Chris Columbus (What a name to have, the Native Americans must hate him).

Macaulay Culkin was the ultimate child star; his face was instantly recognizable, he had celebrity friends, and went off the deep en–  Hmm. Maybe we shouldn’t put these poor kids in the spotlight like this and respect their privacy.

Joe Pesci and Daniel Stern were guys that I followed since this film’s release. I soon found Stern after in City Slickers, Bushwhacked, and my favorite, the voice of another Kevin… Arnold in The Wonder Years… Ah, Winnie… 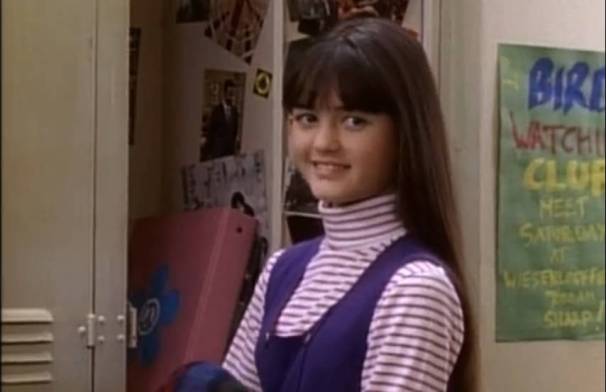 Wait, I’m feeling creepy looking at kids I used to have a crush on, how does she look now–

Man, you are all learning a LOT about my childhood crushes in here… Well, all three of you who will ever read this.

Home Alone was a perfect storm of a film; it hit at the right time, had the perfect casting, and while its hilarious antics stole the show, at the core of it beat the heart of a family film. There was no other film I enjoyed more as a kid during the Holiday Season. Seriously.

So yes, the film is campy, and some of the leaps in logic one has to reach in order to let some of the scenes play out are a little absurd; but it’s a fun family film, and you kind of ignore those as long as you have a good time. But that’s how it is for any film. If it sucks, you begin to pick it apart.

As a kid, I loved the hijinks, the pratfalls, and the faces (I was easy to please). But now – and this sounds crazy – I love picking apart the screenplay and watching the cleverly crafted artifice of the plot unfold before my eyes. It may not be award-worthy, but this script is one of the tightest around; marvelously crafted.

Of course, after watching Lost in New York, like many sequels, I see similar beat for beat copycatting. It’s almost an art form in and of itself, how they manage to squeeze each element that you loved into the sequel while throwing a new coat of paint over it all.

Wait a minute, that’s not paint! CLOSE YOUR MOUTH, MARV!

You can tell the 90s began…

Check out Home Alone on CanIStream.It?