Nocturnal Animals may be one of the most highfalutin films in all of 2016, but once you get past its rich blood, there is an extremely compelling story within…

Nocturnal Animals, based off of the book, Ed and Susan, is an American Film written for the screen and directed by Tom Ford (A Simple Man). It stars Amy Adams, Jake Gyllenhaal, Michael Shannon, Aaron-Taylor Johnson, Armie Hammer, Isla Fisher, Andrea Riseborough, and Laura Linney.

The film opens in one of the most unsettling montages that I have ever seen in film, and while I can’t speak to whether or not that scene is in the book, I must say that it was hard to determine how it fit into the rest of the film’s themes.

The film is beautifully shot, and features some amazing actors nailing their roles, especially Adams, Gyllenhaal (in a double role), and Michael Shannon. 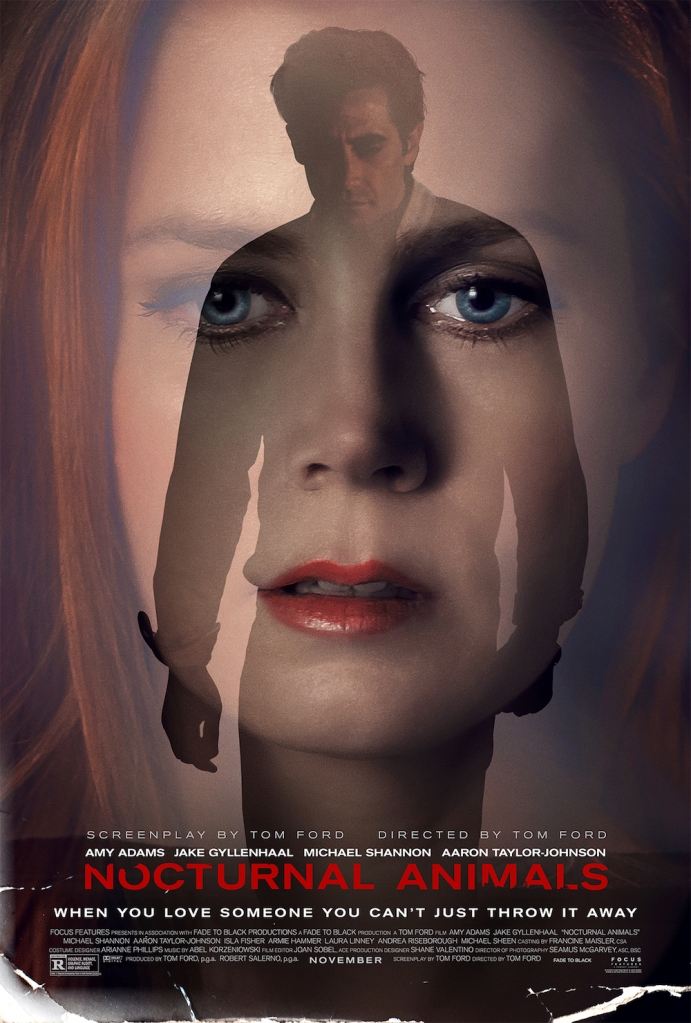 It looks into the relationship of an ex husband and wife, Ed and Susan (played by Jake Gyllenhaal and Adams respectively) as she reads a book dedicated to her from him in the mail. Soon, she realizes that the book hits close to home, and the film intercuts with the depiction of the book, her present day meandering through a life she didn’t want, and the memories of the past relationship with Gyllenhaal.

I recommend anyone who loves visual styles to check this film out because it gave the Director of Photography, Seamus McGarvey (known for a mixture of blockbusters like The Avengers and the 2014 Godzilla, and arthouse films like The Hours or Atonement), some work to really stretch his legs artistically.

Overall the film is haunting, leaving you with powerful questions, and quite possibly some confusion. But the ending is fun to discuss and again, the beginning is… bizarre.

I’m a fan of the film, and this is why it is listed as one of the possible #ConTENders for the films of 2016.

Keep up to date with which films may make my Top 10 of 2016 by clicking here.