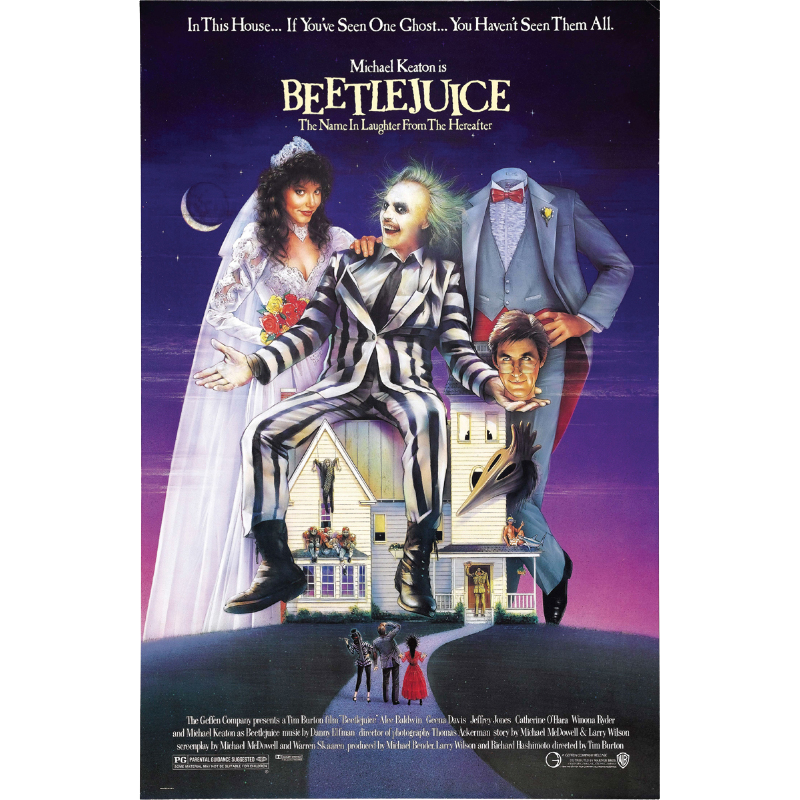 That was close. Yes, that’s right; I watched the 1988 comedy classic from the brilliant mind of Tim Burton.

Beetlejuice was a seminal landmark in my budding film passion. Set in a small town in Connecticut (but I believed it to be Maine for quite some time), Beetlejuice revolves around the Maitland couple as they enjoy a “staycation,” decades before the term was created.

During an innocuous trip to the local hardware store to get some brushes for their town model, the couple crashes into the covered bridge, falling to their watery deaths.

They come home wet, but ignorant to their present condition. Then they soon realized the gravity of their situation.

The movie should have been called “Dr. Maitland Or How I Learned to Stop Worrying and Love Death,” because it’s their story arc and not that of Beetlejuice. It’s like putting Jack Sparrow at the center of the Pirates– oh, dear.

Adam and Barbara quickly learn how the process of Death works, and how they can rid their home of new owners: The Deetz’s. But things don’t go as planned, so they reluctantly enlist the help of “Bio-exorcist” Beetlegeuse to cleanse the house.

The score was fantastic, as Tim Burton once again teamed up with the immensely talented Danny Elfman.

Then there was this badass Dubstep version of the Danny Elfman theme song by Figure.

I first watched this film where I watched all my late 80s, early 90s stuff: Gigi the babysitter’s house. Beetlejuice was one that I had only watched one time back then, and the film was cemented in my mind nevertheless.

Aside from a few dated elements of digital effects, the film is a time capsule of joy from the decade. The creature design, make-up, costume design, the concept, the characters; it’s all entertaining and timeless.

The film’s originality and sense of wonder were the first two things that I latched onto as a kid. Then I realized how efficiently that the screenplay was crafted, and as a result, I possess a deeper appreciation of the film today.

Then there was the cast. The two leads, Alec Baldwin and Geena Davis, brought a lot of heart to their ill-fated couple, while Michael Keaton blasted any typecasting he had accumulated since his films Mr. Mom and his myriad television roles of the late seventies and early eighties.

But one of my favorite people during this time was Jeffrey Jones. He was the amazing principal in Ferris Bueller’s Day Off, the villain in Howard the Duck, Spike in my first #52PickUp, Stay Tuned, and so much more in the late eighties.

Then he uh… got in trouble. 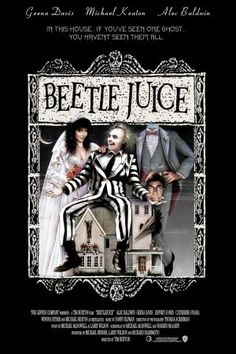 Check out Beetlejuice on CanIStream.It? 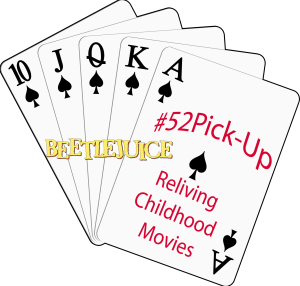