*Note: This is the LAST #52PickUp post. To see how the series will live on click here.

The 90s was an important decade to my generation if only for the simple fact that it shined a light upon the polluting ways of the world. And media reflected that message of hope and climate change reversal in the form of many things, namely, Captain Planet. But since they didn’t make a movie for that, I watched the 1996 “eco-friendly comedy:”

Bio-Dome. I remembered loving this film. Pauly Shore was on fire in these few years with the likes of Encino Man, Son-in-Law, A Goofy Movie, Jury Duty, and In the Army Now. Bio-Dome was the last of this storied run. 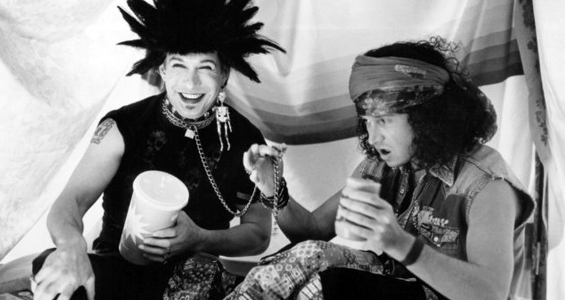 Directed by Jason Bloom (no, not older Grant Gustin, Jason Blum), Bio-Dome began simply enough, with two stoner-slackers in Shore and the lesser Baldwin Brother, Stephen. Hey, those are other peoples’ words, not mine. My limited knowledge of the Baldwin Brothers at this point was Stephen here, and Alec in Beetlejuice. Speaking of brothers…

But in all honesty, I thought I would come at Bio-Dome with at least an air of nostalgia. Alas, this film was exponentially worse than I remembered.

Thankfully, this film did NOT get a sequel of any kind.

I first watched this as a VHS rental at the ol’ Video Market in 1996.

It doesn’t. It’s a pain to get through. I do not recommend it to anyone.

Everybody tries to be the funny one, but we all know the funniest person in this film is the late, great Taylor Negron.

I never saw either one of these posters. 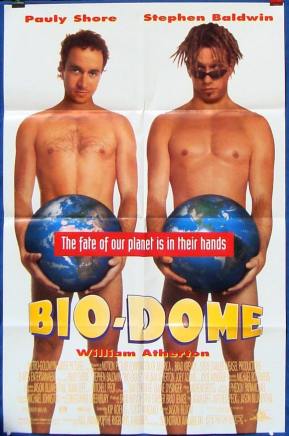 Check out Bio-Dome on  Go to Amazon Prime and rent it instead. CanIStream.It is failing… again.