I wasn’t old enough to see classic “race across great distance” films like “It’s a Mad Mad Mad Mad World or Around the World in 80 Days although I did watch Wacky Races a lot, and this hilarious 2001 ensemble piece: 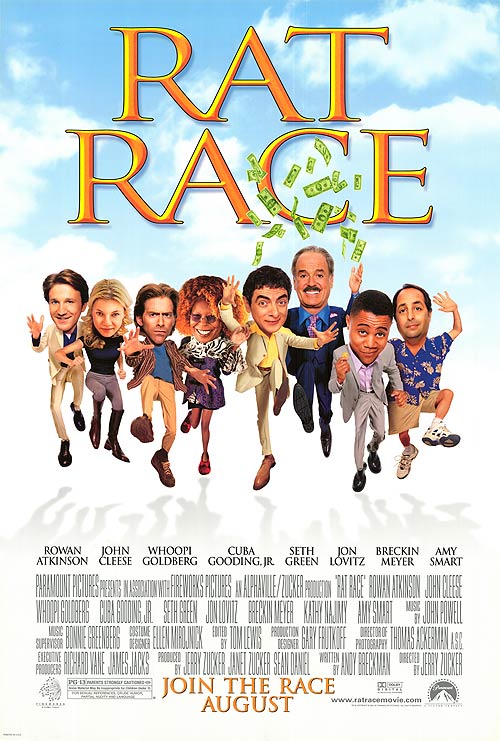 Rat Race is a film wherein a dozen strangers race against each other across the five-hundred and sixty three miles from Las Vegas to Silver City, New Mexico in order to be the first to the two million dollar first place prize.

It’s a comedy of errors, as the mostly dim-witted individuals fumble their way towards the small city popularized by the gold rush. The eccentric billionaire and owner of the Venetian Hotel and Casino, Donald P. Sinclair (played wonderfully by John Cleese), is obsessed with gambling on unusual stakes, so he conceives the goal of this contest in order to place bets on the outcome.

Things quickly get dirty, as the “Brothers Dim” sabotage the radar system for the nearby airport grounding all flights out of Vegas. Soon after that, each contestant’s path of righteousness is tested as the road ahead crumbles as the proximity of the cool double million dollar prize grows.

Who will get the money?

The first time I watched Rat Race was in 2001, at the theater back home in Fort Kent, Plourde Century Theatre, where I watched myriad films then.

I was shocked at how much I was laughing during this viewing. Everyone was having a ball playing up these characters and each performance showed it. Rowan Atkinson essentially played an Italian Mr. Bean.

As for the younger cast: Breckin Meyer, Seth Green, Amy Smart (and on a smaller scale Vince Vieluf) were all on a hot streak in the early 2000s, with varying tails of success since.

This film absolutely holds up.

Mr. Bean must have been huge in Germany. 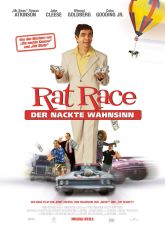 I’m a huge fan of crossovers, amalgams, and ensemble casts, especially when a group like this had been assembled. Greats like Jon Lovitz, Wayne Knight, Kathy Najimy, and Dave Thomas bring their trademark senses of humor into the mix, while semi-serious actors like Cuba Gooding Jr., Kathy Bates, and Whoopi Goldberg nail their respective roles.

Rat Race is a perfect mix of cast and crew (along with a on-point script), that comes together to make a truly memorable film.

Check out Rat Race on CanIStream.It? 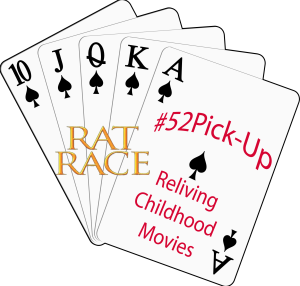