#52PickUp is a series that displays my love of cinema and the things which solidified that adoration.

Therefore the series will contain lots of crossovers, but none as epic as one of the first Live-action/Cartoon crossovers (and the best yet): Who Framed Roger Rabbit? 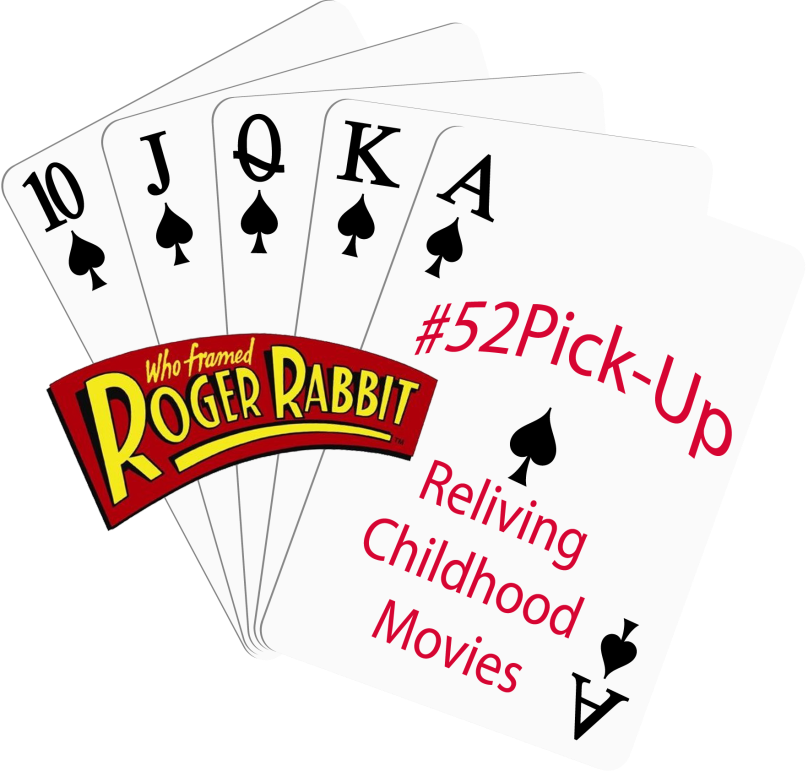 Who Framed Roger Rabbit? (buy it here) is a film directed by Robert Zemeckis (Back to the Future, Cast Away). The character of Roger Rabbit (and the plot) came from the 1981 novel Who Censored Roger Rabbit written by author Gary K. Wolf.

This movie clearly seems like a rights nightmare. And while Disney was able to nab the film rights to the book easily enough, in order to utilize all of the characters featured in this film, Steven Spielberg (Executive Producer on the film) had to convince–

You know what that means, right? Crossover Orgasm. But I’ll get to that in a minute. Each company was unable to have any say in how their characters were utilized with the exception of the big ones. For example, Daffy and Donald Duck had to be featured as equals (as did Mickey and Bugs).

Roger Rabbit plays like a dark, yet silly film noir, which fits based on the fact that the cartoons are a part of the same world as humans. And as many plates as the film tries to spin, they all work, astonishingly well in fact.

When Roger is framed for the murder of the owner of the neighboring Toon Town (home of all toons), it’s up to downtrodden and toon-hating Eddie Valiant, Private Dick, to find the real killer.

There was a reason why he hates toons, or at the very least why he’ll never work for one– his brother and fellow Private Investigator was killed by a toon. Dropped a piano right on his head. Bob Hoskins was able to effectively portray a man struggling to keep his head above the ocean of booze he’d jumped into since. It was a powerful performance in a cartoony film.

Bob Hoskins was one of the most convincing chameleons in all of Hollywood. I hadn’t known until maybe 2005-2006 that he was British, let alone the Cockney variant. He was one of the greats, and will be missed. But you haven’t seen the last of him in the #52PickUp Series as of yet…

Where/ When did I first see it?

My babysitter. The one who had filled my young childhood with all of the movies my parents never did. She was the one who owned the VHS copy of this wondrous film. If I ever win any award of note, I’ll be thanking her personally. Hell, even if I win a Best Picture award at Jepson Film Society’s Inaugural Award Brunch, I’m name-dropping her. She too will return to #52PickUp quite often.

How Does it Hold Up?

Roger Rabbit has shown a bit of its age. But only slightly. See, I also watch all of the behind-the-scenes features that I can when I watch a #52PickUp film, and the way in which they made this movie work, future-proofed it greatly. Aside from a minor amount of CGI flourishes (the shimmer on Jessica Rabbit’s dress for example), all of the characters were meticulously hand-drawn over animatronics and real actors.

First, they filmed stage takes with rubber creatures to give the actors playing opposite the toons a proper line of sight. This technique also allowed the characters who had to physically pick up the characters get an idea of the heft of the character.

Then, they shot the real footage. With puppeteers, mechanical devices, and stand-ins, they are able to get the footage that they needed.

Next, once the entire film is shot, the animations were drawn frame by frame over the finished film.

And finally, when all else is said and done, the gurus at Industrial Light and Magic (ILM) took the film and added the aforementioned finishing touches.

So in the end actually, this film is virtually timeless. Yeah, it’s brilliant. I think at the beginning of this segment I had allowed the shimmer of today’s CGI to cloud my judgment there. Course corrected!

CROSSOVERS! Oh my Dear GOD, I cannot get enough of crossovers! And Who Framed Roger Rabbit? is the mack daddy of them all.

I also loved the film noir aspect of it. Truth be told, I’m not usually a fan of the Film Noir genre. I appreciate it, and do enjoy some of them (Brick, Chinatown, etc.), yet it is not one of my favorites.

That being said, this film does it well. And as I mentioned earlier, it truly balances multiple styles and tones (and characters) into one cohesive film. I know that most of it comes from the source material, but I’d also give credit to Spielberg and Zemeckis whose vision carried this process through ever since their first attempt around 1982 (before the latter’s Romancing the Stone and Back to the Future). Then Disney was all ears at that point…

I also like the humor. There are a few “blue” nods sprinkled throughout the piece, as well as some zany character reactions from the humans. Not to mention the faithful and realistic integration of the characters in the real world. 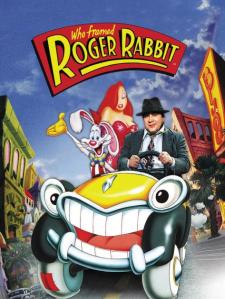 Where Can You See it?

Check out Who Framed Roger Rabbit? on CanIStream.It?

Which cartoon featured in the film is your favorite and why?