While I had been busy as of late befriending “Mary Jane” (the real Mary Jane, mind you) for the first time ever, my family – both human and animal – had been growing in numbers.

My sister was pregnant and due in June with their first child. She announced it soon after my hospitalization and part of me fought for my life so that I could see my first niece or nephew being born. Lord knows it would be a while until my younger brother had a child; at least for his sake.

It was around the Holidays of 2003 that we had received word of the sex: Kylie was due to have a baby girl. Immediately, my mind filled with colloquialisms for my Brother-in-law such as “Daddy’s Little Girl” or “Careful when she’s sixteen.”

She was the cutest thing that I had ever seen. Was I biased?

Aren’t we all? But that didn’t matter because she was indeed cute. We finally got to see her in November of that same year. 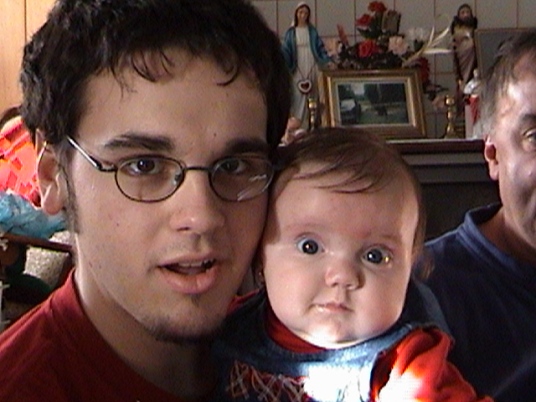 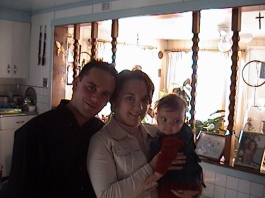 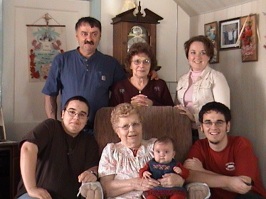 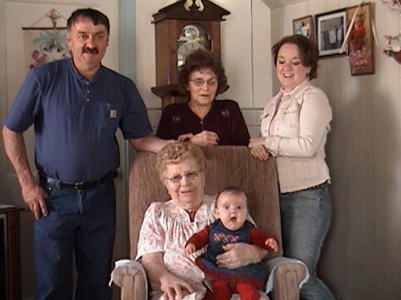 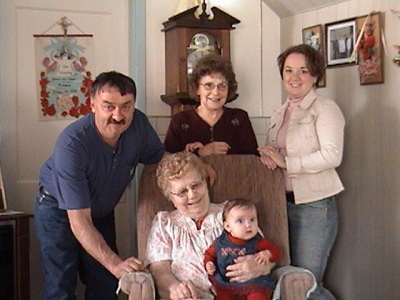 She was a spitting image of Kylie as a baby. So much so, that we would call her “Kylie’s mini-me.”

At that time, our family had grown in other, furrier ways. Well, at least for “my family” at the house of which we had rented. Tony found a stray cat near his girlfriend, Cara’s house and decided to keep her bringing her home one cold November night. Historically, Tony’s family had a penchant for naming their pets after booze. There was Budweiser the Dog, Michelob the Cat, and now: Corona the Cat. 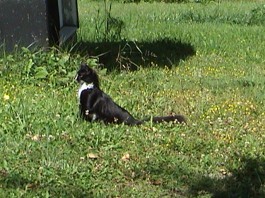 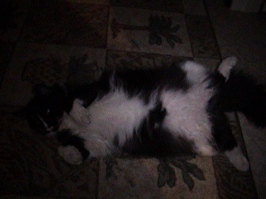 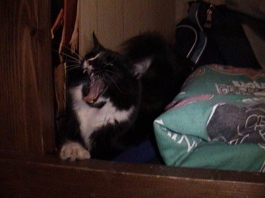 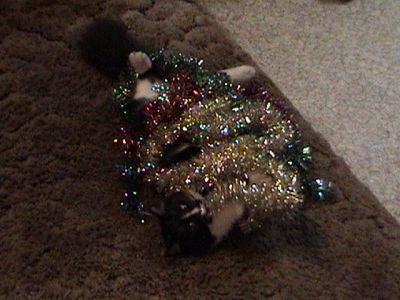 Corona was a delight, which was surprising given that she was half Maine Coon Cat and lived in the woods for a bit of her life, but nevertheless, she had a peaceful demeanor.

I had always dreamt of owning a longhaired cat, and to me, the Maine Coon variety was by far the most alluring. The breed was created to endure the harshest of winters and live to “meow” about it. I had secretly hoped that she would have kittens so I could claim one for my own.

Someone up there must have listened because soon after, Corona became pregnant. She would occasionally sneak out of the house to realign with the roots of her outdoor life, and one of those moments led to her kittens’ conception.

She had a litter of four small kittens. We were able to give away two of the four, and Travis and I each took a liking to our own respective feline offspring and therefore, we kept two of the quartet. We named each cat collectively.

The small, all-black female was named Lucky because of her seven-fingered left paw. Travis liked the name Simon, so he dubbed the silver and white male by that title. For the other pair we planned on giving away, we named the smallest cat of the two (and the whole bunch), Runty. It was easy to name her for we knew the new owners would inevitably change it to suit their taste. And finally, the other gray cat… Well, it had two official names. Travis named her Ashley, but Tony continued the family tradition naming her, Bacardi.

With three cats, we all thought the house family was big enough, but Shawn had always loved dogs way more than “stupid cats,” and so, he acquired a beautiful male dog named, Forrest. 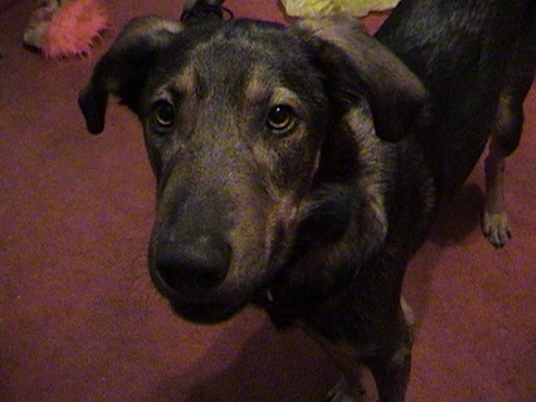 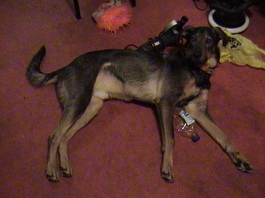 The only problem with this young pup was that he had severe behavioral problems. He never listened, he constantly ran under your legs nearly tripping you up, and we would often come home to find the contents of our garbage bin torn asunder all over the kitchen and living room floors.

Still, he was a nice dog and I’m sure he didn’t know any better, but it made you wonder why he was given up for adoption in the first place…

I remember when he was first introduced into the house. Forrest and Corona did NOT get along, in part, due to the fact that Corona was protecting her young. Which was fine for I had seen a seemingly docile cat-dog relationship go south once before…

When we were young, we had a mutt dog named Lady. She resembled a cow; mostly white except the adorning brown and black spots. She was one of the most well-behaved and nicest dogs ever put on this Earth. We got her when I was about six or seven, before the divorce and the foster home fallout and so we were lucky to have had her for such rocky times in our young lives for a sense of continuous comfort.

As she got older, however, she began to inhabit different personality traits. She had started experiencing epileptic seizures, spewing excrement all over her immediate surroundings. I remember holding her head to return the feeling of comfort in her favor and the pained expression behind her eyes; she was terrified.

Soon after the convulsions began, one of our many cats had a litter of kittens. All was well, they were all healthy, except one day, in a mental flip-of-the-switch from her normal temperament, Lady attacked the resting kittens while the Mother cat sat by wailing at her housemate. Lady took a large bite out of one poor munchkin and punctured the lungs of another. It was a horrific scene, and it first showed us an example of mental health issues in animals. I’ll never forget that moment to this day.

So I could see why Corona was hesitant around the often-troublesome Forrest. A mother’s instinct goes a long way. We all did our best to prevent Forrest from bothering the litter upstairs and vice versa, the kittens from venturing downstairs until they were a little older.

As the family at our house grew in age, so did Travis and I’s niece.

She was a fervent butt-crawler and was soon on her way to taking her very first step. So it came as a total surprise to everyone when Kylie mentioned that her family of three was going to “level up” into a quartet. But she was quick to add: “I am done after this though! Two will be enough!”

Whoo-hoo! I’m going to be a double Uncle!