As March went on, I grew more excited each and every day. It was one thing to be home, but soon, I would be home at my own place. Well, I would share this house, but with some awesome friends. Tony, Shawn, and I were going to rent an entire freaking house.

I wondered if the place would become a sort of “party central,” and if I was healthy enough for that possibility, but in the end, it was a consistent place at which to rest my head and begin my new life.

The nights that I stayed at the apartment grew in numbers as I had yet to pack. It felt like yesterday that I had moved in this apartment, but it was only because I had spent less than a week total at this place.

Surprisingly, not many people opposed my decision to move into a house with a bunch of college kids, at least not to my face. I think my parents and the like were supportive as long as I lived close by. Had I moved to another State or even to the city of my treatment, Bangor (which was three hours away); then maybe they would have said their piece. Well, everyone except Mitch.

Mitch was always our voice of reason and rationality. We didn’t always take his advice, but he played the most virtuous Devil’s Advocate this side of Keanu Reeves. He was one who vocally opposed to us moving so far away from the college. We had an apartment just outside of downtown Fort Kent, and it was super cheap: $325 a month for a one bedroom.

But it was too cramped for three guys, and we wanted some yard space to play football and stretch our legs.

The cleaning of the old place was surprisingly tedious – as the apartment was dirtier than anticipated – even though it seemed like they had cleaned often. The three of us (and Mitch) spent a good afternoon cleaning that tiny apartment and moving stuff. Well, that wasn’t entirely true, as they didn’t want me to do too much of the work. Maybe they thought manual labor would incite cancer cells to reappear, or they were simply just being nice (probably the latter). 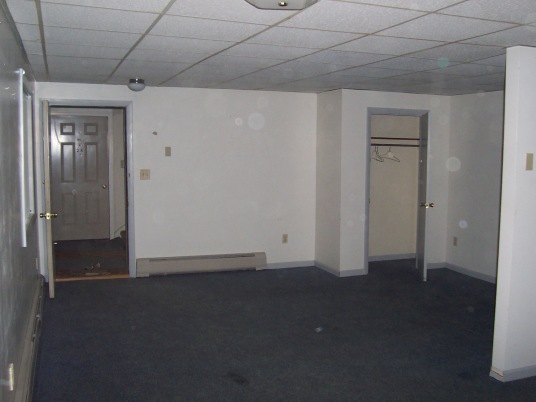 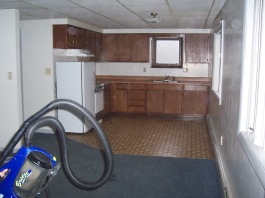 At any rate, we soon found ourselves goofing off. 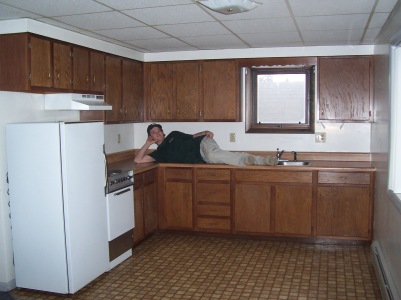 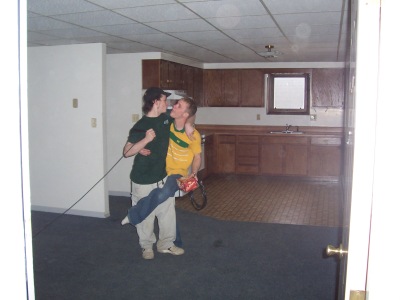 Then, we said goodbye to our old place. Mitch got one of the coolest shots of us leaving too. 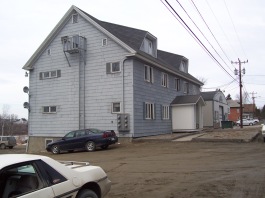 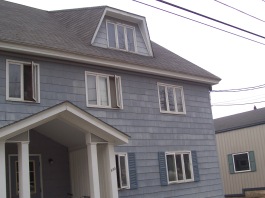 Soon after securing a location in the nearby town of Wallagrass, we all agreed to invite our other friend and classmate Jonas to live with us as well.

By having Jonas as our fourth roommate, it would also knock the rent down significantly. The rent was a whopping $475 (ten bucks less because we paid for our own trash pick-up). If we only had housed three people, it would have been $155 and change per person, but with four: $116.25. That was a much better number.

Mitch was kind enough to document the trip over to the new place: 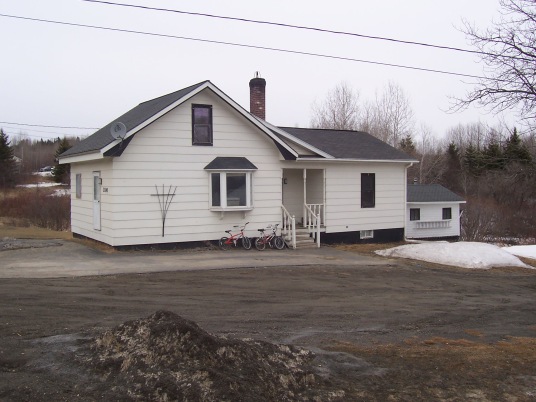 The threshold to our new bachelor’s pad. 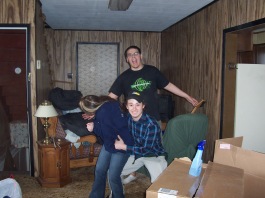 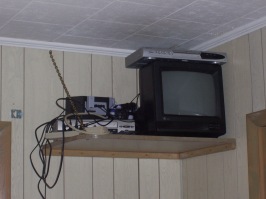 Gamecube was the first thing set up.

Us and the landlord.

It was difficult to put into words how having my own place meant in this tumultuous time. I was now free from the shackles of IVs and tests (at least for the time being). And while I had to put school off until the fall, I was able to refocus on what mattered most: living.

The new house came complete with everything one would need: a working fridge, a door to nowhere, and these old nurse uniforms that we displayed happily for each other’s amusement. The dresses seemed to fit Tony and Shawn more than me, though…

Up close and personal.

What’s with the fake kissing? 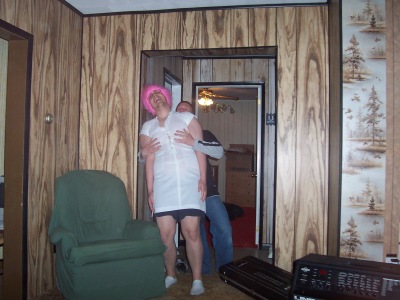 The first night, Lori came over to visit and chat… in our basement. 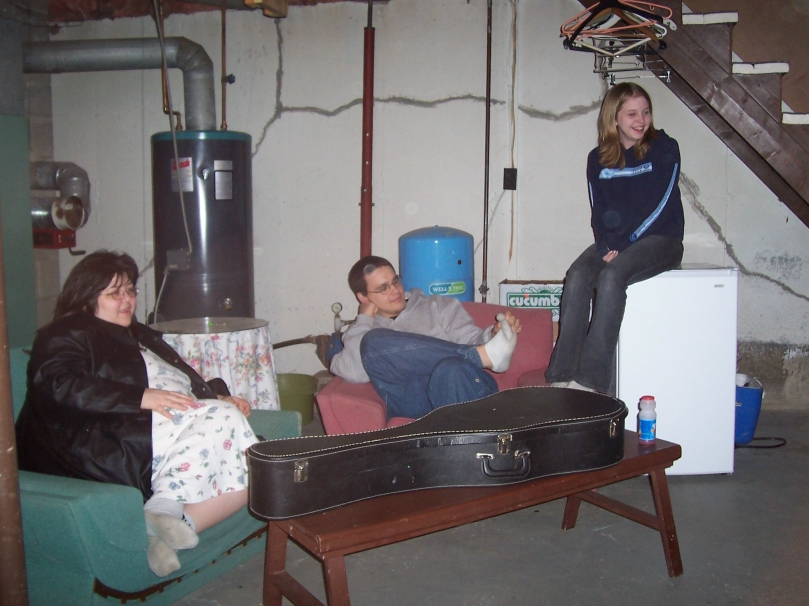 It was a good feeling as if we all were celebrating this new step in a life almost cut too short. We just chatted for a few hours before heading to bed. But not before Shawn modeled the dress once more–

–and tea-bagged his adopted mother.

She eventually left (wonder why), and we all prepared for bed.

Since we had found this place before inviting Jonas, he really didn’t get a room per se; he got an opening in front of Tony’s upstairs room. He said he didn’t seem to mind all that much.

Shawn and I’s room had this blood red shag carpet, and I felt like screeching REDRUM.

And to complete this crossing of the threshold into manhood (again), I laid my head to rest at the manliest of locations: the bottom mattress of a bunk bed.

But before I could sleep, we all began to yell at each other from across the house. Brent had stayed over on the couch, so he was smack dab in the middle from Shawn and I yelling on one side of the house, and Tony and Jonas belting from the upstairs. We were all making weird sounds and funny voices, busting a gut along the way.

I imagined that this is what it felt like to go to summer camp, bunking out with your buddies. But this was going to be the norm, and I was ever so excited to revel in friendship for this year lease. Oh, the possibilities.

In the next few days, I went back to my old place of employment to begin the process of re-acclimating myself to the world of corporate greed. Those credit cards wouldn’t sell themselves ya know. And even with this job, I was at least in part, looking forward to returning. I missed my fellow co-workers.

But I still hated the damn work.